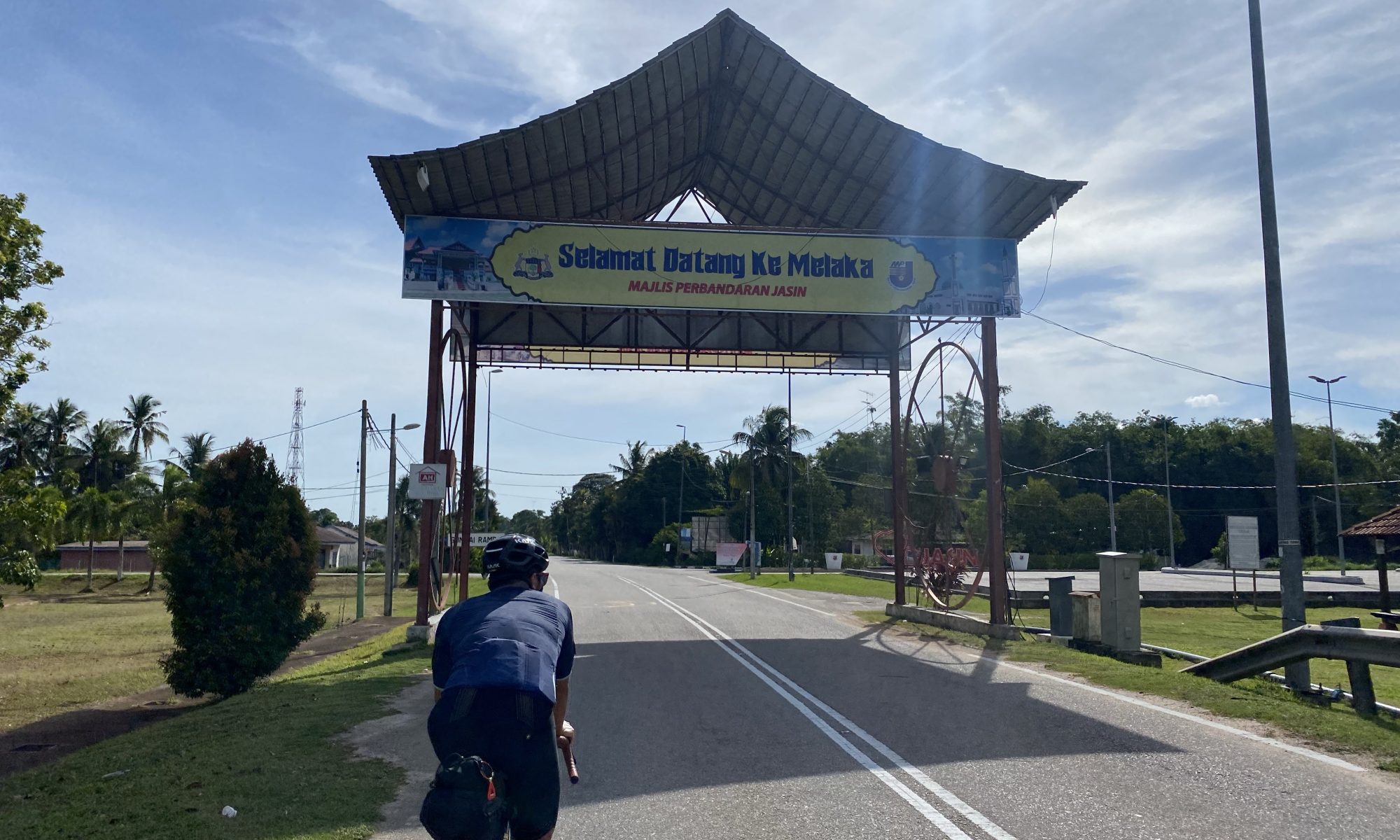 Following the packing of my bike, I decide to put down where we went and experienced.

We executed the following parts of cycling from Singapore to Malacca and back.

We rolled out from home at about 4am. For sure no jam at the causeway.

Road was pitch dark after we left the Johor city area.

We stopped for breakfast at Pekan Nanas around 5-ish 6am to wait for more light.

Noodle’s good here. Finished it in no time.

Route is relatively flat all the way to Batu Pahat. As we rode towards Batu Pahat, the sun came up too.

We neared Batu Pahat around 10am. That’s when we realised we should scrutinise route , espcially when it is auto plotted by the app. ALWAYS.

We came into a relatively quiet road. It brought us up a 10% pitch along a cemetery. Not too much of a problem for now.

I remember there were some climb into Batu Pahat but not 10% and not along a cemetery.

Anyway, we just continued since we see that the plotted route still brought us to our destination and the routes were quiet with very little traffic.

However the roads got narrower as we progressed. It narrowed until it turned into gravel track and we are in the plantations with a few >10% climbs.

This 10km took us an hour to clear. It took out from us more than expected. Noob mistake of not carrying enough food along also.

We reached Batu Pahat. Popped into a coffee shop, ordered and gobbled down our food, downed a bunch of coke, with no pictures taking on my part.

After Batu Pahat, the next major town was Muar. No major issue on this leg.

I always have my parent’s friend bringing them Muar Otak in the past. Since we are coming to Muar, we search for food related to Otak.

We found one. Hits the spot. Otak. Char Kway Teow, runny sunny side.

After Muar, we already clocked 200km. The distance is getting into the legs.

Halfway to Malacca, we stopped for Cendol. This cendol was for sure welcoming. Don’t look pretty but all the sugar and sodium all in one cold serving. SIOK!!

After this stop, we probably have about 20-30km to Malacca. Speed picked up above our usual rolling. We gave it all because we just want to finish it.

Reached the hotel when the GPS clocked 261km.

Checked into the room with our bikes. They allowed.

I got into the room, unpacked, and sat on the floor of the shower and slowly washed up myself and my cycling jerseys & bibs.

Was glad to finish the 260km. And thankful we were considered our lack of legs. We didn’t plan to start cycle back Singapore only after 1 full day in Malacca.

Another day to rest