What’s going on lately? K has recuperated enough to sit up and play. 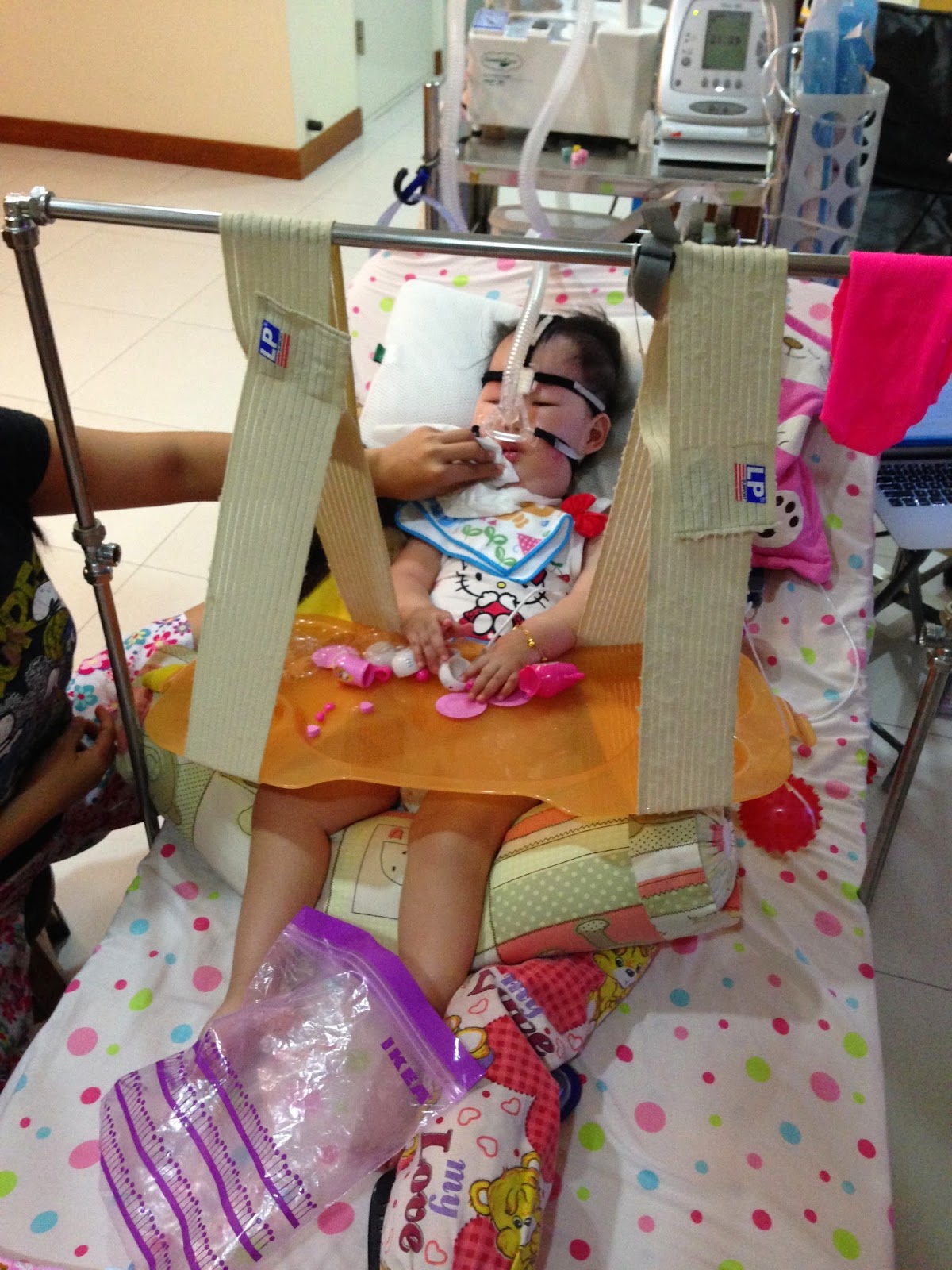 We still give her once a day flumecil and nebulizer. But we can probably cut that off soon.

She had a home care visit recently too. She has healthy gain in weight and height.

We updated the docs and nurse of the bad episode that happened at home. Doctor decided the episode is probably enough to warrant an X-ray of her lungs. It also has been almost a year since she undergone an X-ray.

After discussion with the gastro team, we also had her feeding hours by another 2 hours, and then another 2 hours in future when she is used to the increase of feeding per hour.

But just when we thought we rode over the hump, she has a fever just over the Sunday.

Monday she also has some rash coming out.

Vaccinated kids still has a chance of developing chicken pox, though it may not be full blown.

So far the rash has not been spreading. This has got the doctors and nurses puzzled though as the rash came with some scratched stripes on her skin. So we are monitoring this at the moment.

*Fingers crossed* Hope this is just a minor rough patch.